According to the listing agent, the structural walls are intact, though there are other significant repairs that are needed, including framing and joist repair. In the end we’re looking at a project that could run upwards of $800K to a million. The good thing is that this building could be an excellent contribution towards the rebirth of the street, if it were picked up by the right person with sound vision, fortitude, and resources.

Dr. Fadi Dagher’s Cedarland Development broke into the Buffalo real estate and development scene with the 2013 purchase of Waterfront Village Center and the Buffalo Motor Lodge in 2014. The Motor Lodge site is now home to the recently-completed The Grid project. Cedarland also owns the Eckhardt Building and former K-Mart in the Broadway Fillmore area, an historic building at 1920 Niagara Street in Black Rock, and has plans for a 27-unit apartment building at the northeast corner at Michigan Avenue and Best Street. 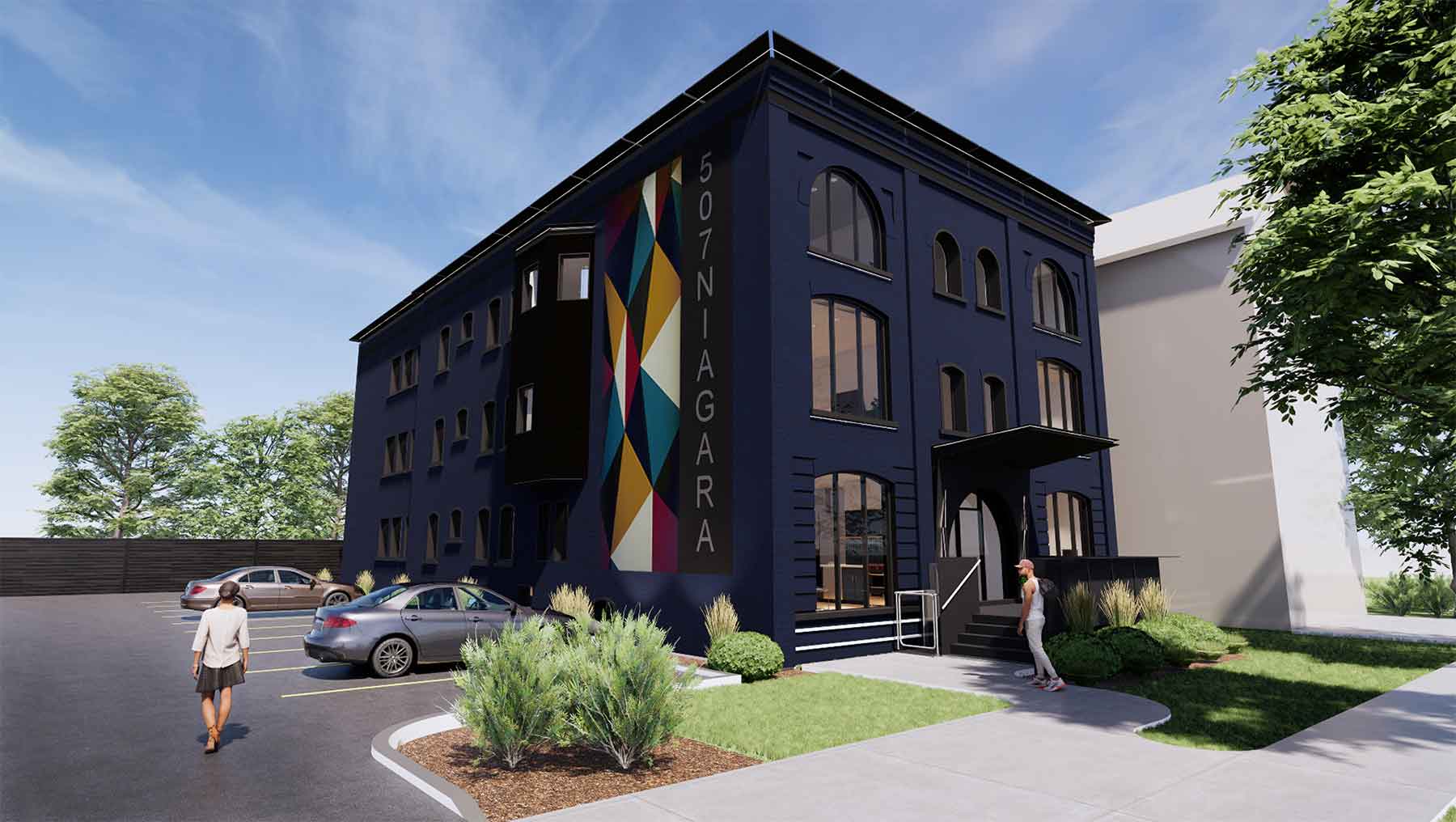