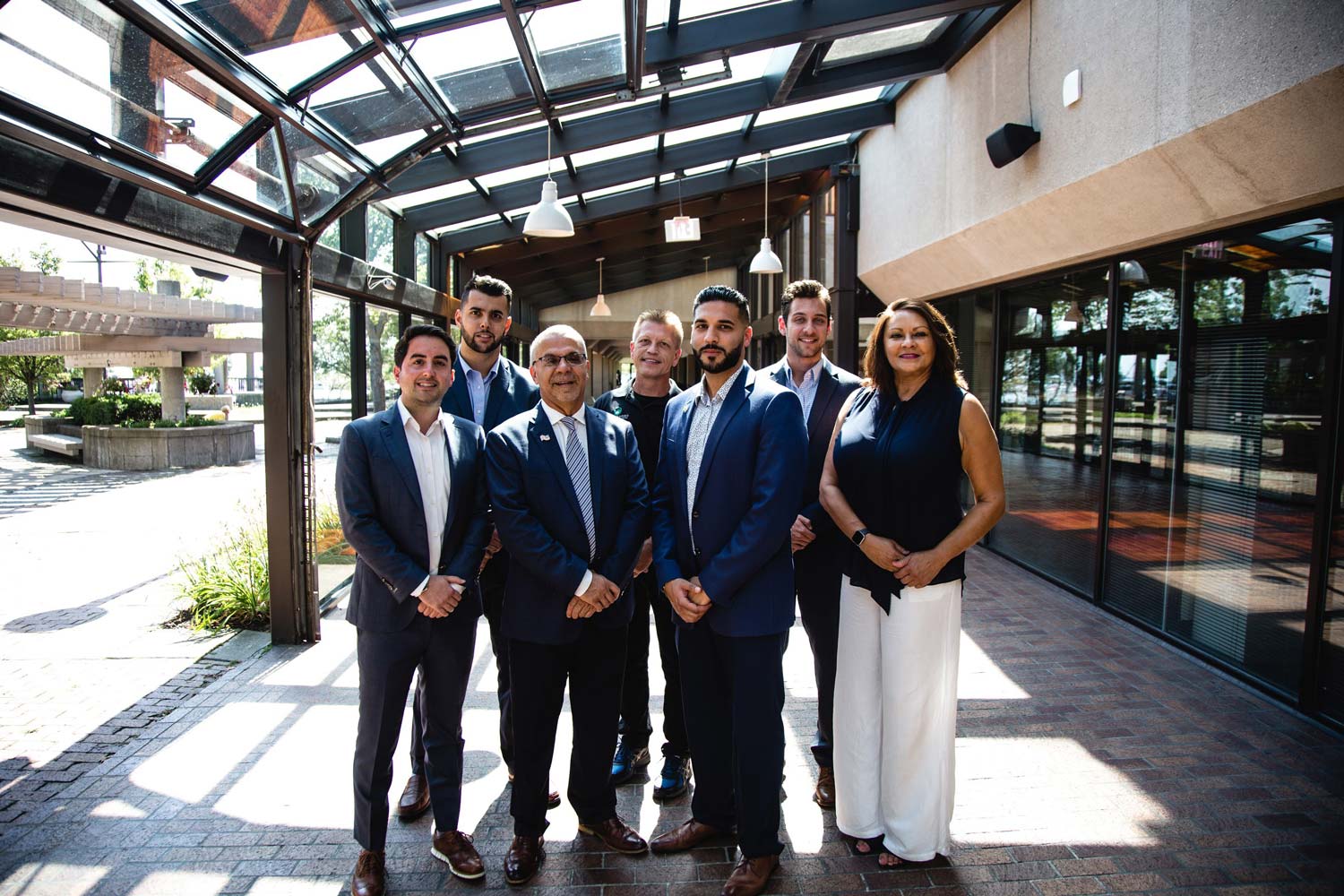 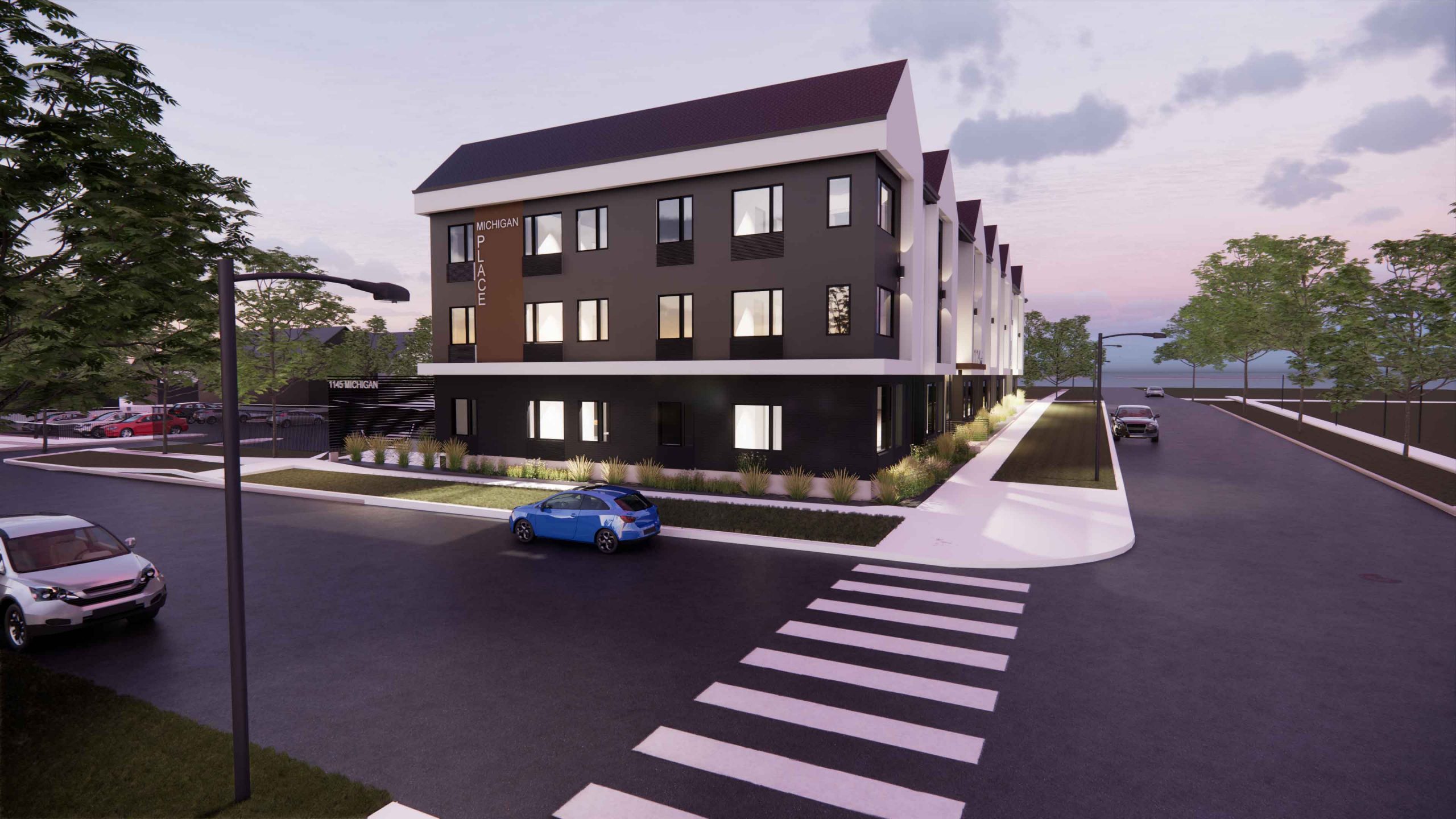 One of Cedarland Development’s newest residential projects is located on the corner of Michigan Avenue and Best Street.

Click here for progress photos and more information and photos of the building. 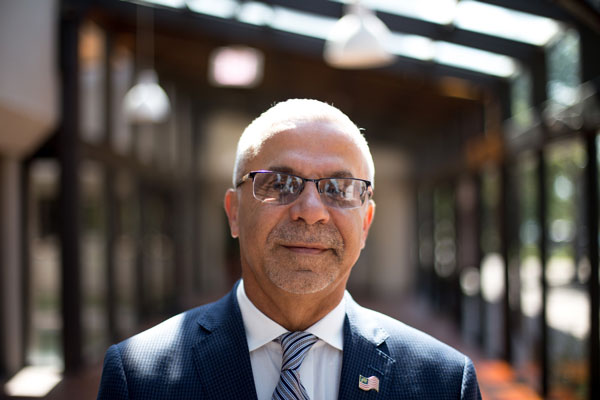 Dr. Fadi Dagher moved to Buffalo more than a decade ago and fell in love with the City and the great people that live here. Through strategic acquisitions on the Waterfront, Medical Campus, East Side, and various other locations in Buffalo, Dr. Dagher began carving a reputation for himself in real estate and founded Cedarland Development Group in 2014. Cedarland currently owns and manages nearly 800,000 SF of mixed commercial and residential portfolio. 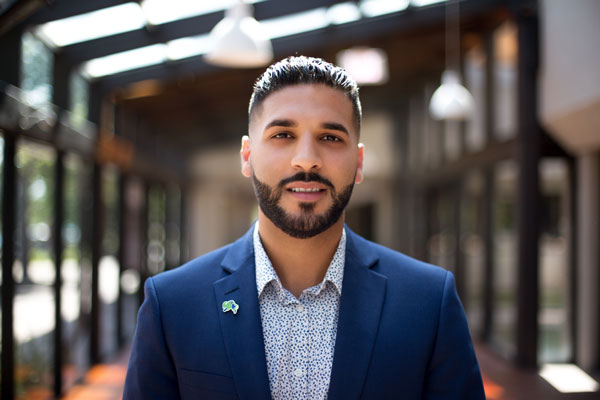 Kevin, a 2016 University at Buffalo graduate, founded Cedarland Development with his father, Dr. Fadi Dagher, in 2015. Since then, Kevin has managed and overseen tremendous growth; from the ground up construction of the largest residential building in Buffalo, to the management of nearly 400 units, Kevin’s foresight has been the catalyst for Cedarland’s accelerated and successful expansion. Kevin has always held the City of Buffalo in high regard, and has been able to actualize a dream of creating a more cohesive living environment for those in the surrounding area. 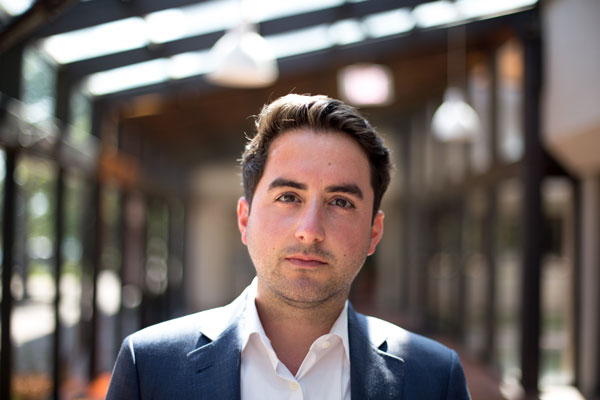 Domenic’s background in public accounting and business management assist in guiding his decisions as CFO at Cedarland Development. In his role, Domenic is responsible for implementing policies and procedures, financial reporting and forecasting, as well as the overall accounting functions across the company’s portfolio. Domenic earned a Bachelor of Business Administration majoring in Accounting and Finance from Niagara University where he went on to complete his Masters of Business Administration with a focus in Accounting. In his free time, he is an avid golfer and technology enthusiast. 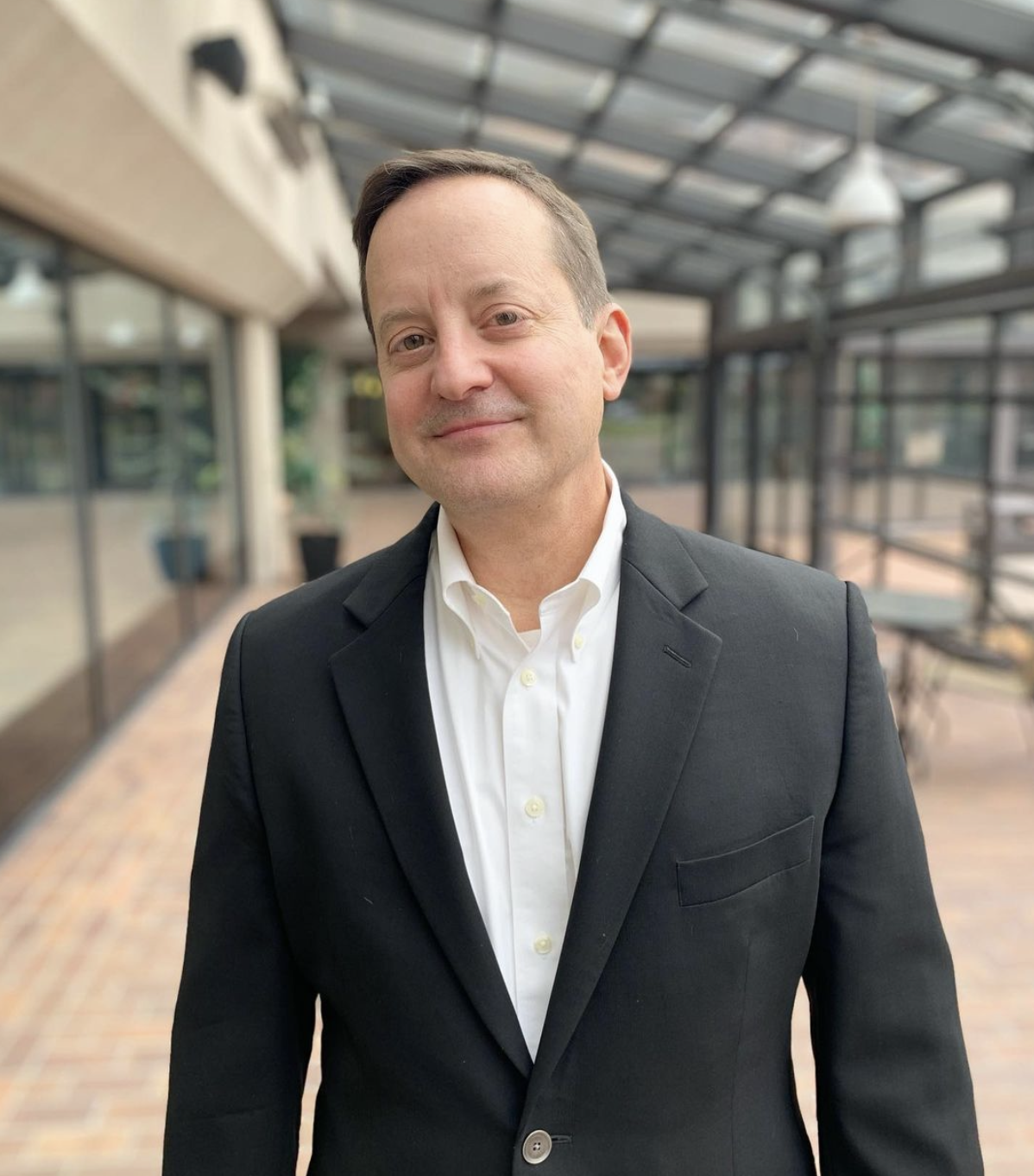 Steve Ricca, Esq. brings to the Cedarland Team a breadth of experience in land use, environmental, regulatory and other legal matters spanning a roughly 35 year career in private practice. Steve’s most rewarding professional accomplishments involve urban revitalization projects that serve to transform neglected properties, enhance streetscapes and contribute to neighborhood and community well-being. Steve has been very active in numerous local not-for-profit organizations and currently serves on the Board of the SPCA Serving Erie County. When not in the office, Steve can be found in his woodshop, mountain biking or shredding the slopes in the Southern Tier. 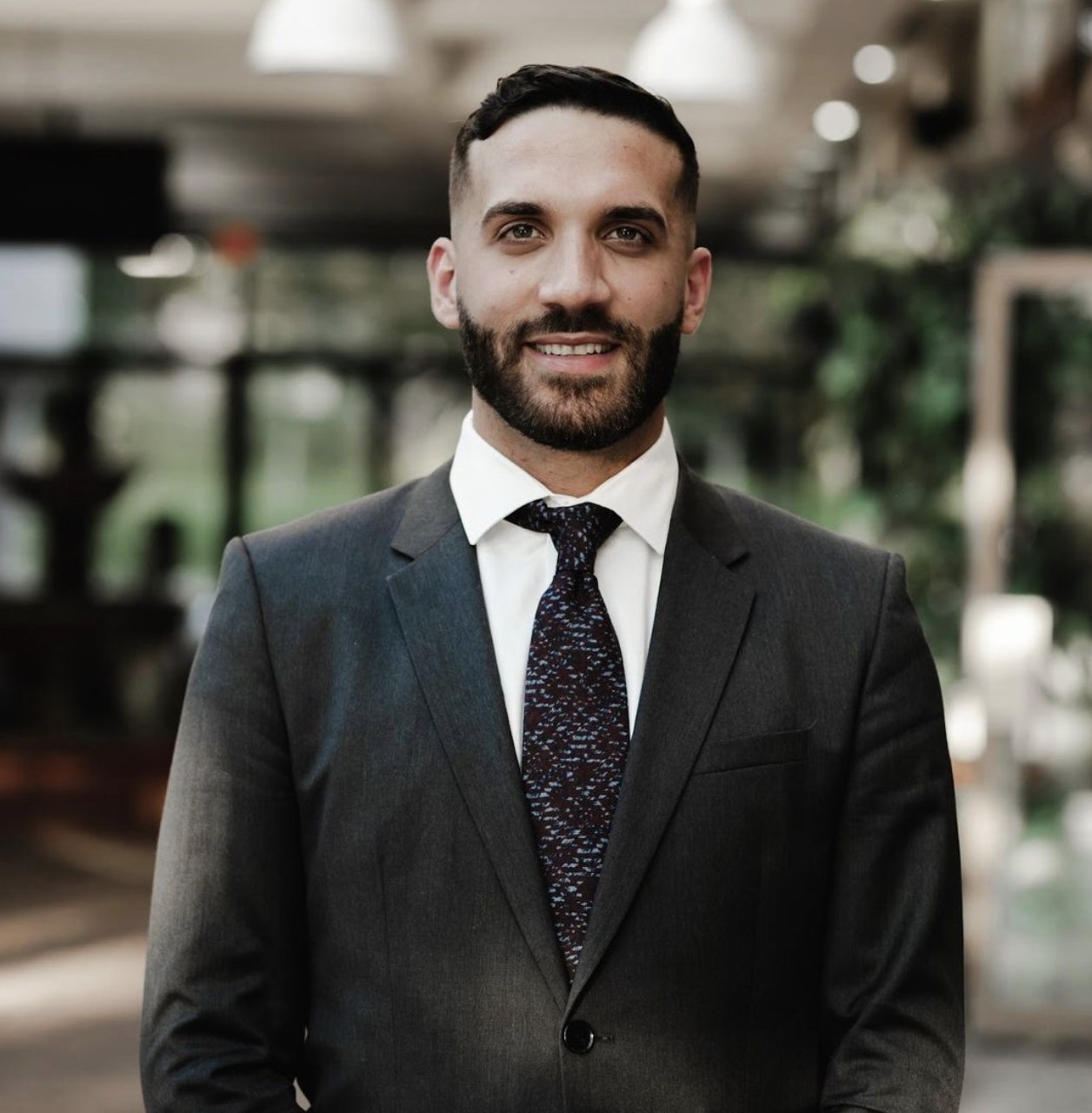 Joseph Dagher, founder of Dagher Law, graduated from Albany Law in 2021 and specializes in Business and Corporate Law. Joe provides insight regarding inhouse legal advice and is a well rounded attorney who provides client-centered, innovative representation, to businesses, entrepreneurs and individuals. If he’s not in his office you can find him traveling, checking out the restaurant scene or hitting the ski slopes. 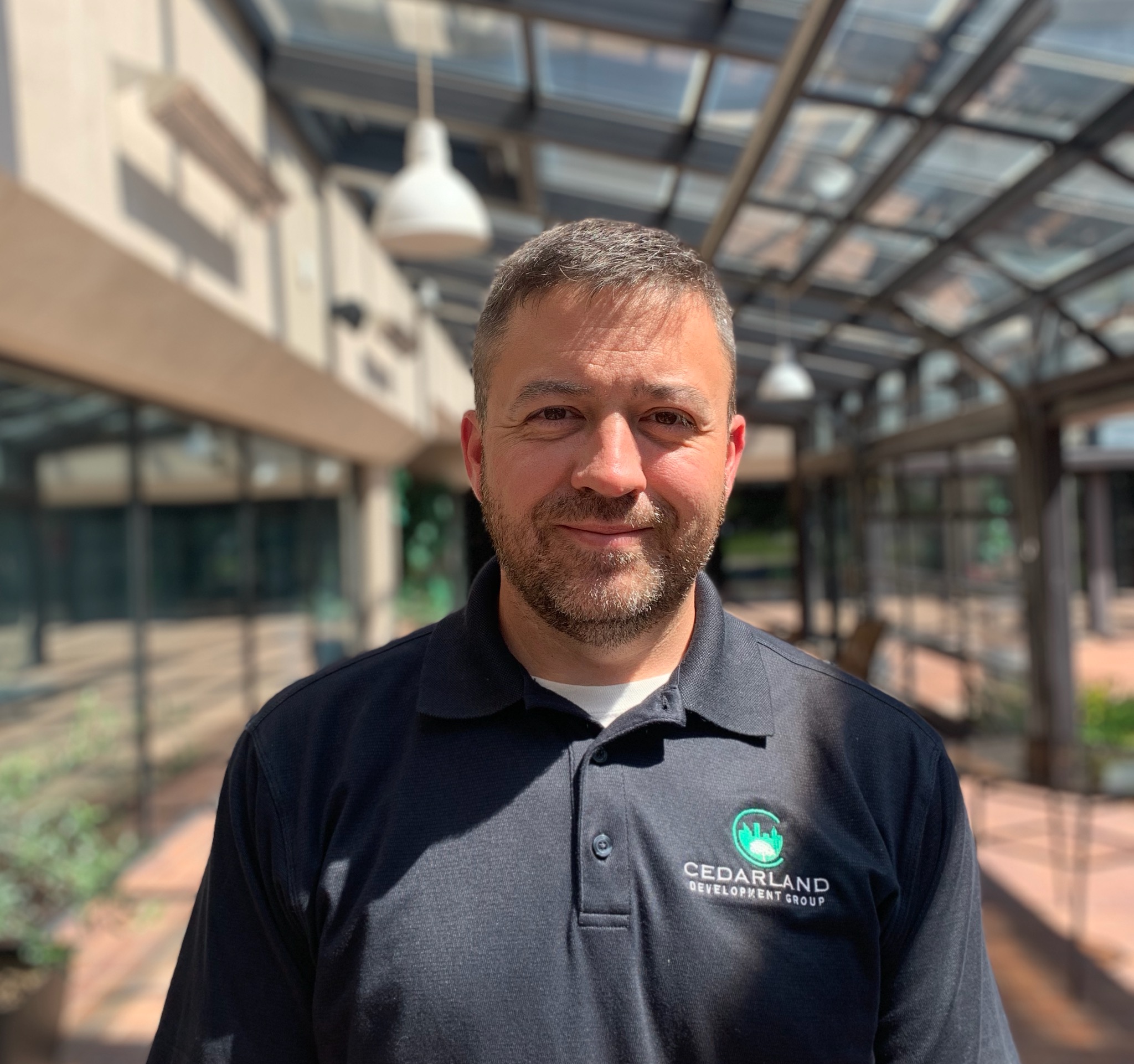 Daniel is the backbone of our Property Management Department. He holds over 20 years of experience and is key to managing the efficiency of our properties and property management team. He oversees daily operations, the mechanical aspects of our properties, and implements direct strategies to enhance overall functionality. In his spare time he visits Ellicottville and invests in his personal real estate portfolio. 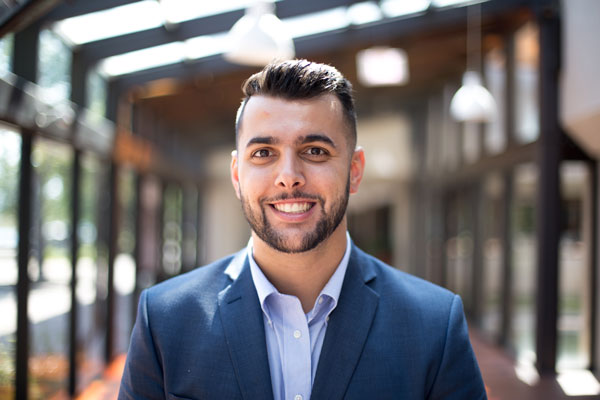 Connor is a key contributor to the success of Cedarland Construction Services. As our Project Manager he is responsible for overseeing residential and commercial construction build outs, renovations, and property acquisitions while following through with the company's vision and goals. Connor attended Canisius College and earned a B.S. in Business Management and Entrepreneurship in 2016. In his free time, he loves to watch series shows and spend time with his friends and family. 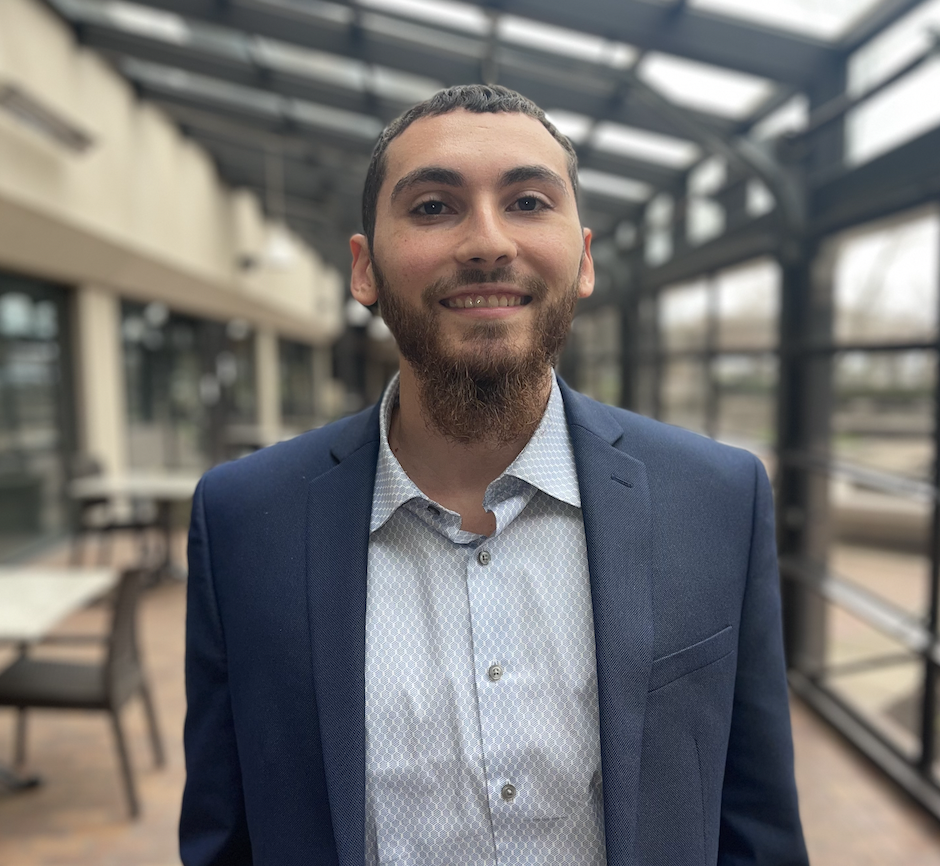 Joshua brings a breadth of financial and analytical prowess to the team. He has obtained two Master's Degrees from the University at Buffalo, one being an MBA and the other being a Master's in Real Estate Development. With such a background Joshua is able to research and communicate regional and macro economic trends that inform us on the profitability and risks of our investments. Joshua is active in our acquisitions analysis and has developed financial models to assess feasibility of current projects. Josh enjoys spending his time with his 2 beautiful daughters and wife!

Andrew is a key leader for managing Cedarland construction projects and provides a high level of oversight for all field operations to ensure the highest quality execution. Andrew specializes in project acquisition, strategic planning and growth. Andrew enjoys fine dining, traveling, and skiing! 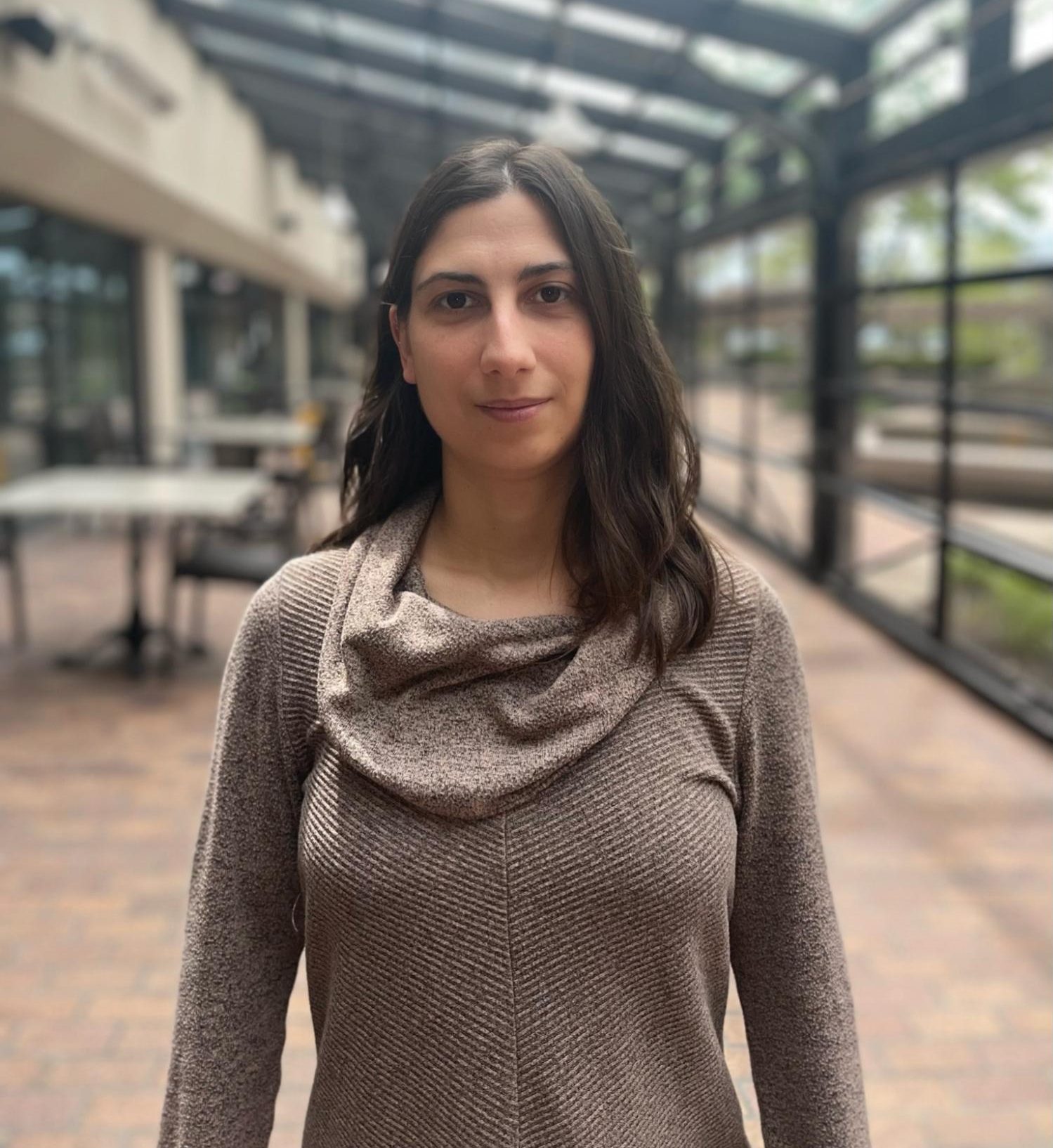 Renee handles day to day bookkeeping and assists in accounts payable. She has a Management Information Systems degree from Purdue University, as well as an extensive theatre and performing arts background. In her spare time she spends time with her animals, relaxes with some tv, and dabbles in Obstacle Course Races. 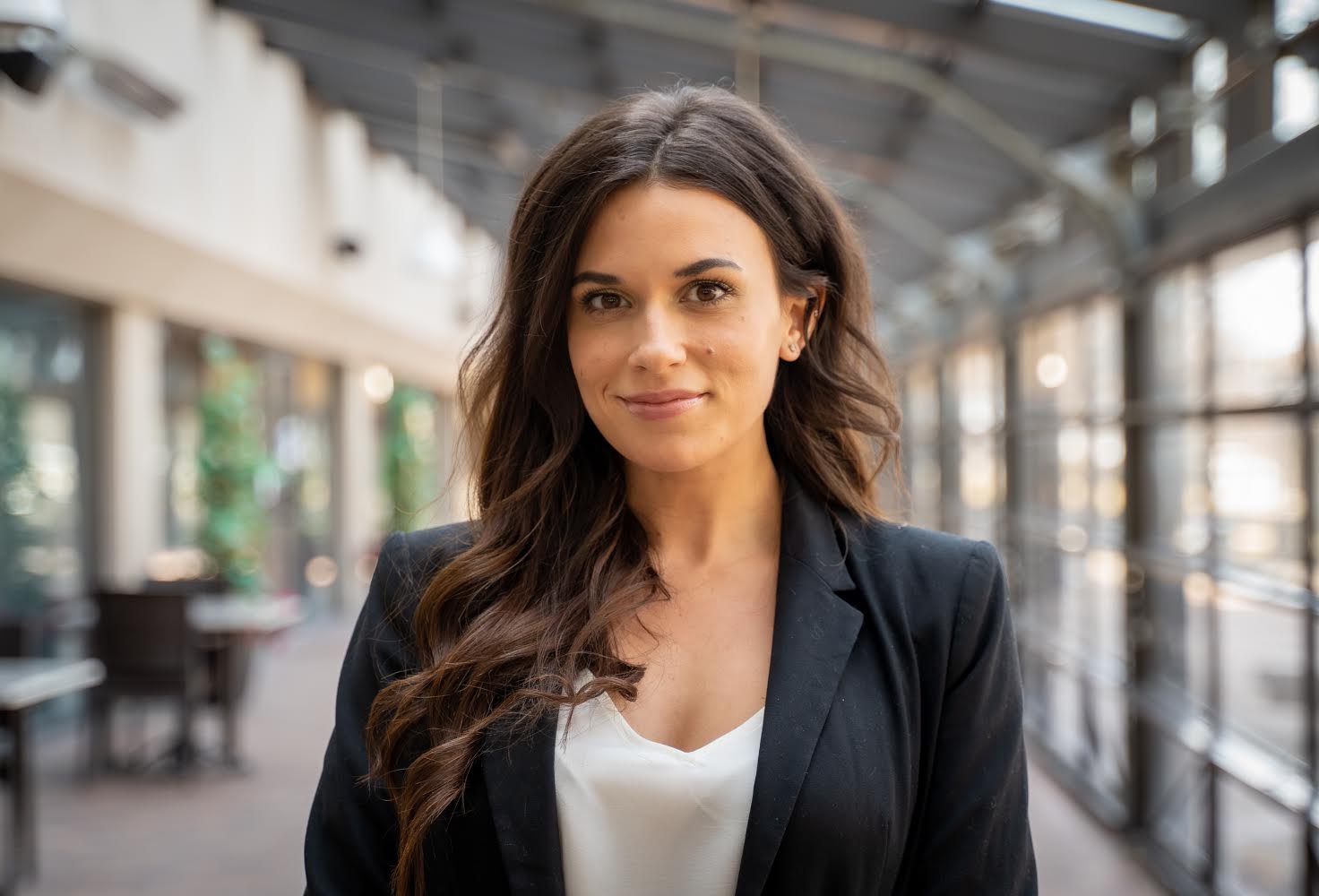 Savannah thrives within community engagement and works to design initiatives that promote transformation and growth in our community specifically in neglected areas. Savannah uses her creative eye with our marketing department to assist with the overall implementation of marketing campaigns and events. In her spare time, Savannah can be found studying holistic health, functional, and herbal medicine, and playing her crystal sound bowls.

Torrie is the head of the Marketing Department and is responsible for supporting the efforts of the marketing team. She strategically coordinates and implements marketing strategies while specializing in branding, and event planning. Torrie also assists our architects with interior design for our properties and build outs. In her spare time you can find her setting up flower walls for events or traveling. 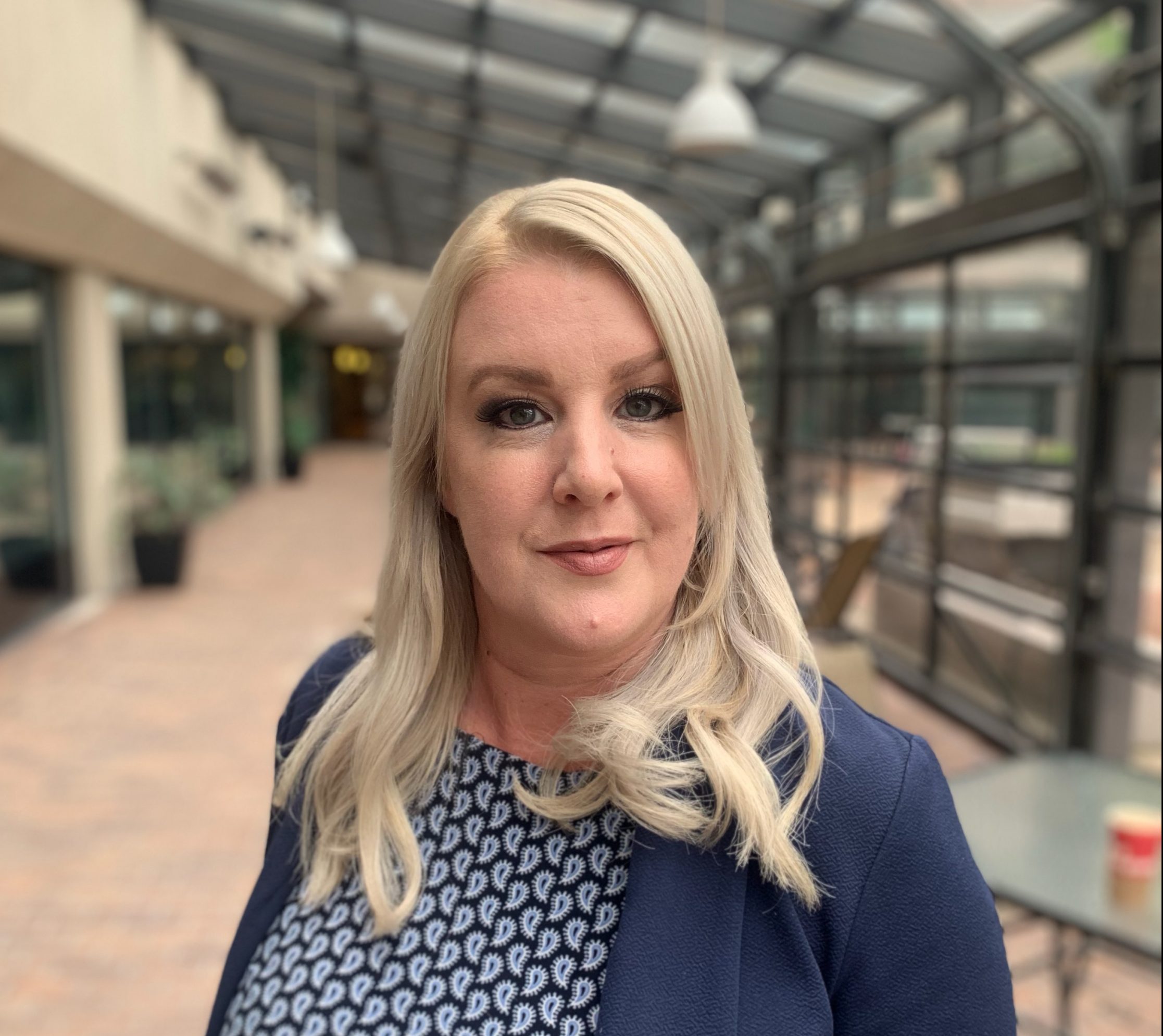 Sarah handles the internal property management staff. Sarah often travels to check in on our residential and commercial properties and tenants. She helps with leasing, maintenance requests, collecting rent all while using customer service skills to enhance experience. In her spare time, Sarah loves visiting the dog park, cooking, and baking with her kids. 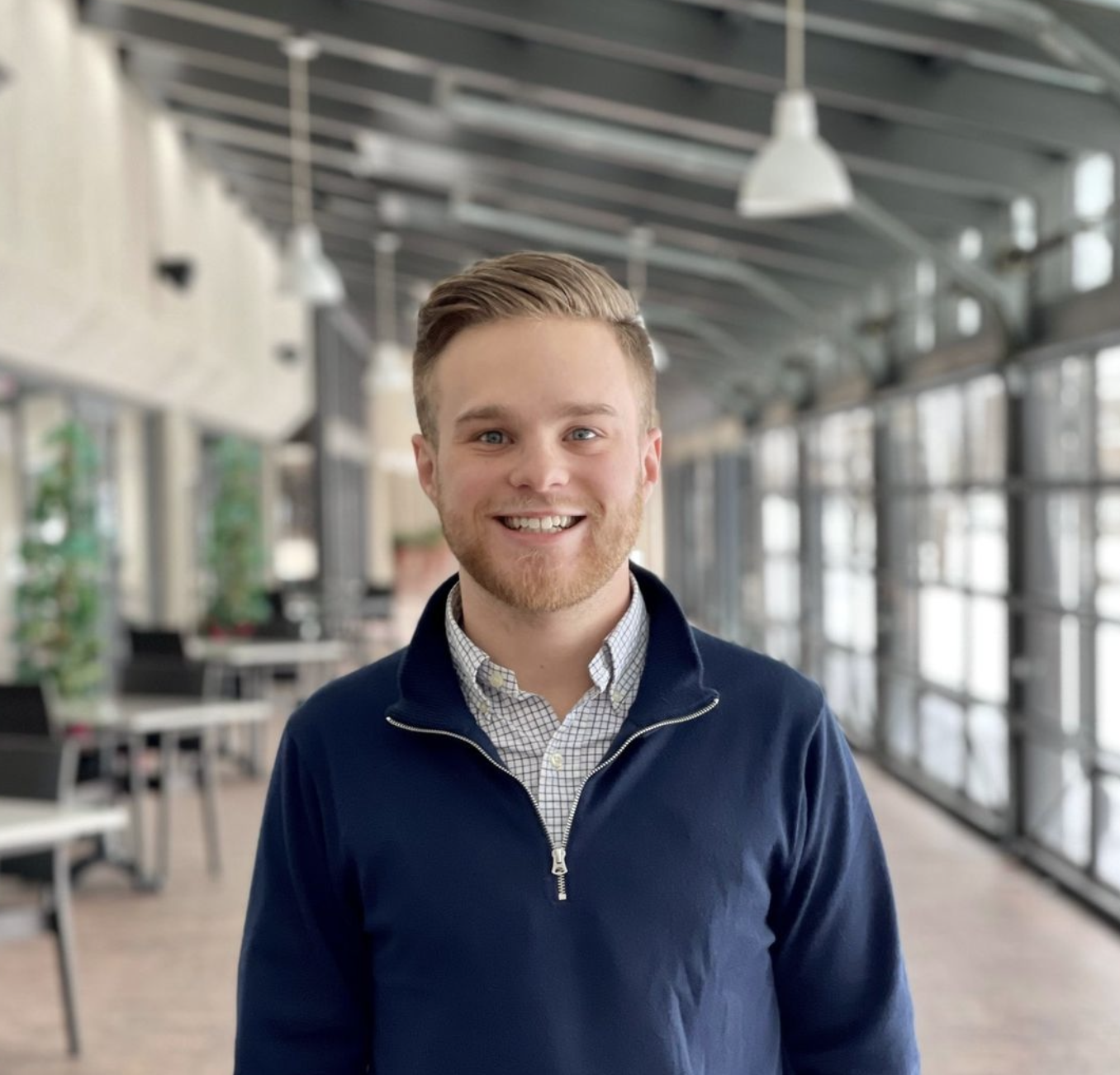 AJ helps support our property management department. He organizes and schedules property maintenance, works on leasing, viewings, and thrives with tenant relations. He also helps assist the accounting department and office events. AJ loves being outdoors, exploring the city of Buffalo , and hanging with his cat!